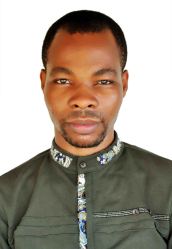 Gabriel Bamgbose, a writer, critic, and researcher, hails from Ogun State, Nigeria. He is the founder of the literary society, The African Literary Nexus. He teaches Literature in the Department of English, Tai Solarin University of Education, Nigeria. Currently, he is a Fulbright Fellow at New York University, New York. His research interests include African literature, African American poetry, English poetry, literary theory and criticism, postcolonial studies, gender studies and creative writing. He has published critical and creative works in several academic and literary journals. One of his poems is longlisted for the 2013 Ghana Poetry Prize. He is the author of the poetry collection, Something Happened After the Rain (2014). He spends most of time spinning the web of a new world in his imagination, a new world he hopes will take a real form someday. Perhaps it is taking a real form already.
Email: <ijagunpoetryjournal@gmail.com>

Basit A. Olatunji was born in Ifon-Osun, Osun State, Nigeria. He is a poet and essayist. His first poetry collection, Thoughtful Reflections, was published in 2011. He currently teaches English at State Senior High School, Agege, Lagos. Basit receives academic training in English Education and Literature from Obafemi Awolowo University and University of Ibadan respectively. He believes poetry is a freer of the mind.
Email: <basit.ijagunpoetryjournal@gmail.com>

Aneesha Roy was born in the city of Kolkata, West Bengal, India. She is a poet, a critic and a fledgling short story writer. She has been educated in St.Teresa’s Secondary School and St. Paul’s Boarding and Day School, Kolkata. She has a degree in English Literature at Loreto College, Kolkata. She is an ardent acolyte of aestheticism and believes that art should exist for art’s sake. She is an avid reader and admirer of verse and drama. She believes that poetry is the inviolable expression of a soul’s quiddity. Currently, she is working on her first poetry collection. She enjoys writing one-act plays when the banal pursuit of examination curricula does not keep her occupied. Apart from literature, she is interested in feminist criticism, philosophy and mythology.
Email <roy.ijagunpoetryjournal@gmail.com> 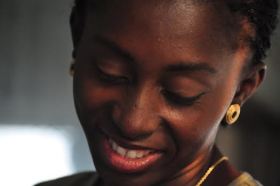 The Nigerian born Adefolake Odunayo Orimolade is an artist, lecturer and mother of three who lives with her family in Lagos, the Nigerian commercial capital. Orimolade studied at the Yaba College of Technology, School of Art, Design and Printing. She is also an alumnus of the University of South Africa. She also is in continuous pursuit of artistic studies. She has received several awards for her artistic studies. She has participated in several group exhibitions in Nigeria. She had her first solo exhibition in 2006. Orimolade has contributed to several art projects around Nigeria. She has also facilitated art workshops amongst other community projects and she also writes. Her more recent works incorporate drawing, collage, mixed media, painting, etching, sculpture and Performance art. Orimolade currently works in the Fine Art Department of the School of Art, Design and Printing, Yaba College of Technology, Lagos, Nigeria.
Email: <odun.ijagunpoetryjournal@gmail.com>

“Everyone who is seriously involved in the pursuit of science becomes convinced that some spirit is manifest in the laws of the universe, one that is vastly superior to that of man.” - Albert Einstein

Think upon your thoughts and it will take you higher

My Pain, My Life, My Struggles, My Fight

Style and a Half

aLL THINGS ARE POSSIBLE